The city has a lot of ancient temples dedicated to the Goddess Kalikankalini, who is one of the many forms of Goddess Mahakali. Besides Mahakali, there is an Anchaleshwar temple that is dedicated to Lord Shiva.

Chandrapur lies at the confluence of the Zarpet and Irai rivers. Khandakya Ballal Shah (the Gond Dynasty King) founded this city in thirteenth century. The city of Chandrapur abounds with minerals like limestone and coal. It is also famous as the “Black Gold City” due to the abundance of coal mines. The city also boasts numerous cement factories in the area.

The northern part of Chandrapur is mainly at a high elevation and the southern portion of the city is at a low level. This old city is surrounded by walls known as the parkots. These walls have mainly four different gates to enter and to leave the city. The city is located at the latitude of 19.950 degree north and a longitude of 79.297 degrees in the eastern Maharashtra. The average elevation of the city is 617 feet (or 188 m).

The city is mainly known for its hot and dry climate. Humidity is also very low in this region. The temperatures begin to fall in October to December as that would be the coldest of months with a minimum of 9-degree temperature to a maximum temperature of 23.2 degrees. There is also a rise in the temperature in the month of February and making May the hottest of the months. The city mainly passed the limit of the population from 300,000 to 375,000 according to the census of 2011.

Chandrapur is a place of historical and religious importance and thus houses a plethora of forts and ancient temples. Following are the top allures of the city:

Anchaleshwar Temple
Lord Shiva is the main deity of this temple. This famous temple of Chandrapur is located close to the Anchaleshwar Gate on the river-bank of Zarpat. In the premises of the temple one can also witness the official Samadhi of the kings of Gond Dynasty. 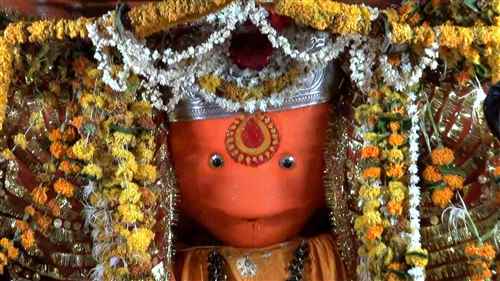 One of the major icons of Chandrapur is the Mahakali Temple. It is a symbol of Chandrapur and it also has a very important place in the heart of the people. The Mahakali temple is flocked by a plethora of devotees especially on Tuesdays. A small Hanuman and Ganesha temple can also be seen within the temple premises. The temple has two entrances. The temples of Ganesha and Hanuman are located at temple’s rear entrance. There are small shops at both the entrances of the temple which sell flowers, coconut and holy cloth for puja. An annual fair is held every year in the April month when thousands of devotees from various parts of Maharashtra congregate at the Mahakali Mandir.

Deeksha Bhoomi
In 1956, a ceremony called “Deeksha” was organized by B. R. Ambedkar as well as his followers. During this ceremony, the Buddhism religion was embraced by Ambedkar and his family on the 14th of October in Nagpur city. Millions of people followed Ambedkar after this event and in 1956 on 16th October he bestowed his Buddism followers with Diksha at the city of Chandrapur. This place is now famous as the “Deeksha Bhoomi”.

The premises of Deekhsha Bhoomi house Dr. Babasaheb Ambetkar College of Commerce, Arts as well as Science which were set up by Lawyer Rajabhau Khobragade. The branch of the famous tree “Buddhivriksha” has been brought from Bodh Gaya and put in the premises of this place to grow. Every year on the 15th and 16th of October a ceremony of “Dhamma Chakra Pravartan” is celebrated here which continues for 2 days and during this time Deeksha Bhoomi is flocked by thousands of monks and pilgrims. 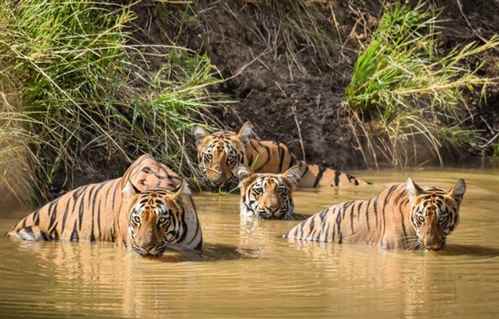 This is considered as one of the largest and oldest national parks of Maharashtra. It is one among the 43 Tiger Reserves of India. Tadoba(or Taru) is the God of the tribals who dwell in the thick forests of Andhari and Tadoba regions. The River Andhari flows through these dense forests and hence the name of this reserve is Tadoba Andhari. One can witness the shrine of God Taru under a big tree on the river bank of Tadoba Lake. In 1955, Andhari Wildlife Sanctuary and Tadoba National Park were created and in 1995 both the sanctuary and park were joined to set up the tiger reserve of the present day. The reserve occupies an area of 625.4 square kms. 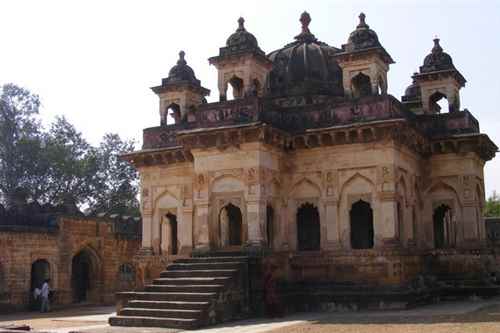 This huge fort of Chandrapur was built by the Ballal Kings with bastions and high walls. There were four magnificent gates at its four cardinal points. Presently only one part of the fort wall and the gates can be seen, rest portions have vanished. In the 1818 AD, the British captured this fort.

The major rail head of the city is the Chandrapur Rlwy Stn which belongs to the Nagpur CR Railway Div. of Central Railways. Other important railway stations in the region are Vivekanand Nagar, Babupeth and the Choti Padoli.